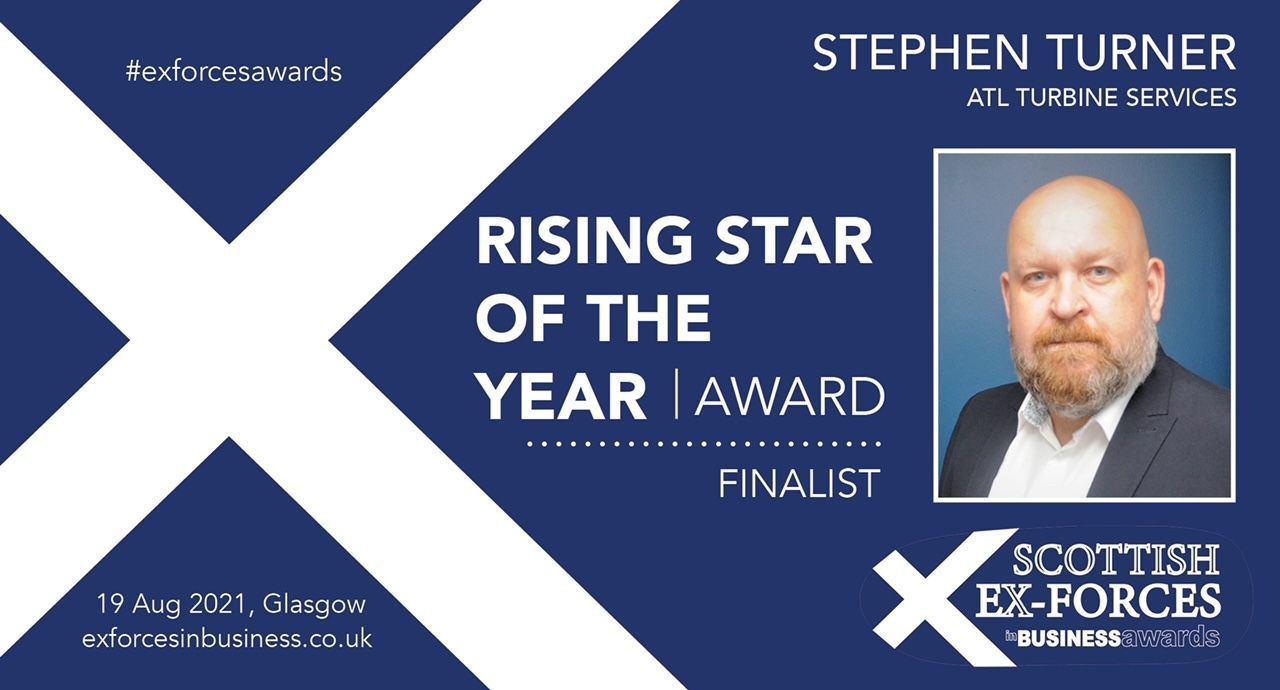 Stephen Turner has made the shortlist for this year’s Scottish Ex-Forces in Business Award!

Stephen: 🗣️”I’m obviously delighted and proud on a personal level, but I also see it as recognition of the contribution ex-military personnel can make to any business.” 👏

These are the proud words of our Engineering Manager, Stephen Turner, who has made the shortlist for this year’s Scottish Ex-Forces in Business Award!

This award helps bring visibility to the business world for those who have served in the military and want to go on and have a second successful career after their military career ends – which can be a very difficult transition. Stephen served 23 years in the RAF before becoming a valued member of the ATL team and we are all so proud of his achievement.